Food and exercise: why it matters: week 1 round-up

Posted on March 24, 2012 by heidi Comments Off on Food and exercise: why it matters: week 1 round-up

So, I’m at the end of my first week of my ‘normal’ way of eating. It’s good to be back! For those of you who only are interested in the nitty-gritty the results are:

Please realise this isn’t fat loss. It’s bloat and water. Feels good to see less of me now though!

I feel better! More energy, so much less bloated and heavy, sleeping well (apart from Wednesday night when I was worried about the Triathlon!), no cravings or snacking. I’ve also done 2 of the 3 Fit Camp sessions for this week. I’ll do my third one tomorrow. These are in addition to my normal classes I teach which are 2 Nordic Walks of about 1-1.25 hours each, 3 BodyPump classes, 2 BodyVive classes and and aqua and the swim at the Sports Relief Green Park Triathlon on Thursday!

I’ve been drinking water, (water filtered) decaffeinated coffee, fruit teas. If I have snacked it’s been on olives, nuts or fruit. Oh! and one confession, Herman the 10-day-long-fermenting -cake was made today and I had a slice — he was very nice, but not on plan! 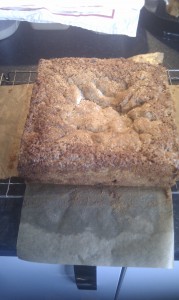 So, there you have it. Week one done and dusted and I’m a getting back to my normal state. I’m certainly more lively. Which is great as I have a Fit Camp session to do tomorrow! Be good y’all.